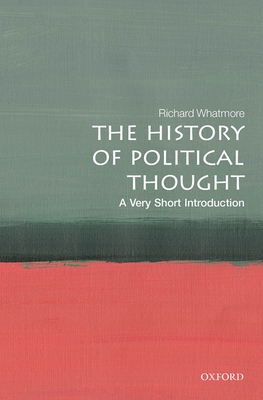 
On Our Shelves Now at:
Thinking about politics has tended to be historical in nature because of the comparisons and contrasts that can be drawn between past and present. Different periods in politics have used the past differently. At times political thought can be said to have been drawn directly from the study of
history; at others, perhaps including our own time, the relationship is more indirect. This Very Short Introduction explores the core concerns and questions in the field of the history of political thought. Richard Whatmore considers the history of political thought as a branch of political philosophy/political science, and examines the approaches of core theorists such as Reinhart
Koselleck, Strauss, Michel Foucault, and the so-called Cambridge School of Quentin Skinner and John Pocock. Assessing the current relationship between political history, theory and action, Whatmore concludes with an analysis of its relevance for current politics. ABOUT THE SERIES: The Very Short Introductions series from Oxford University Press contains hundreds of titles in almost every subject area. These pocket-sized books are the perfect way to get ahead in a new subject quickly. Our expert authors combine facts, analysis, perspective, new ideas, and
enthusiasm to make interesting and challenging topics highly readable.