Bretons and Britons: The Fight for Identity (Hardcover) 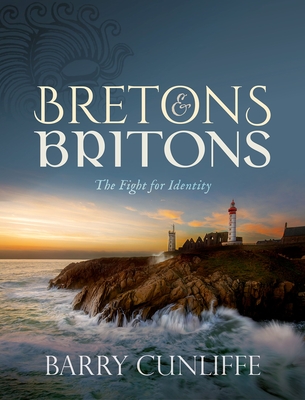 Bretons and Britons: The Fight for Identity (Hardcover)


Not On Our Shelves—Ships in 1-5 Days
What is it about Brittany that makes it such a favourite destination for the British? To answer this question, Bretons and Britons explores the long history of the Bretons, from the time of the first farmers around 5400 BC to the present, and the very close relationship they have had with their British neighbours throughout this time. More than simply a history of a people, Bretons and Britons is also the author's homage to a country and a people he has come to admire over decades of engagement. Underlying the story throughout is the tale of the Bretons' fierce struggle to maintain their distinctive identity. As a peninsula people living on a westerly excrescence of Europe they were surrounded on three sides by the sea, which gave them some protection from outside interference, but their landward border was constantly threatened--not only by succeeding waves of Romans, Franks, and Vikings, but also by the growing power of the French state. It was the sea that gave the Bretons strength and helped them in their struggle for independence. They shared in the culture of Atlantic-facing Europe, and from the eighteenth century, when a fascination for the Celts was beginning to sweep Europe, they were able to present themselves as the direct successors of the ancient Celts along with the Cornish, Welsh, Scots, and Irish. This gave them a new strength and a new pride. It is this spirit that is still very much alive today.

Sir Barry Cunliffe taught archaeology in the Universities of Bristol and Southampton and was Professor of European Archaeology at the University of Oxford from 1972 to 2008, thereafter becoming Emeritus Professor. He has excavated widely in Britain (Fishbourne, Bath, Danebury, Hengistbury Head, Brading) and in the Channel Islands, Brittany, and Spain, and has been President of the Council for British Archaeology and of the Society of Antiquaries, Governor of the Museum of London, and a Trustee of the British Museum. He was a Commissioner of English Heritage from 2005 to 2013. His many publications include The Ancient Celts (1997, second edition 2018), Facing the Ocean (2001), The Druids: A Very Short Introduction (2010), Britain Begins (2012), By Steppe, Desert, and Ocean (2015), and The Scythians (2019) all also published by Oxford University Press. He received a knighthood in 2006.