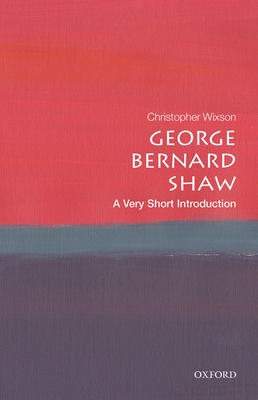 
On Our Shelves Now at:
George Bernard Shaw has been called the second greatest playwright in English (after William Shakespeare) and one of the inventors of modern celebrity as the most famous public intellectual of his time. Beginning in the 1880s, as a critic and as a playwright, he transformed British drama, bringing to it intellectual substance, ethical imperatives, and modernity itself, setting the theatrical course for the subsequent century. That his legacy endures seventy years after his death is testament to the prescience of his thinking and his prolific creativity. This Very Short Introduction looks at Shaw's life, starting with his upbringing in Ireland, and then takes a chronological approach through his works. Considering Shaw's committed antagonism on behalf of a range of socio-political issues; his use of comedy as a mode for communicating serious ideas; and his rhetorical style that pushes conventional boundaries, Christopher Wixson provides an overview of the creative evolution of core themes throughout Shaw's long career. ABOUT THE SERIES:
The Very Short Introductions series from Oxford University Press contains hundreds of titles in almost every subject area. These pocket-sized books are the perfect way to get ahead in a new subject quickly. Our expert authors combine facts, analysis, perspective, new ideas, and enthusiasm to make interesting and challenging topics highly readable.

Christopher Wixson is Professor of English and Theatre Arts at Eastern Illinois University, USA. He teaches advanced courses in early modern drama and modernism, script analysis and dramaturgy, and general courses in writing and literature. He has published widely on twentieth-century British and American drama, including Bernard Shaw and Modern Advertising, Prophet Motives (Palgrave Macmillan 2018), and is General Editor of the bi-annual scholarly journal SHAW: The Journal of Bernard Shaw Studies.