Asian Americans and the Spirit of Racial Capitalism (Paperback) 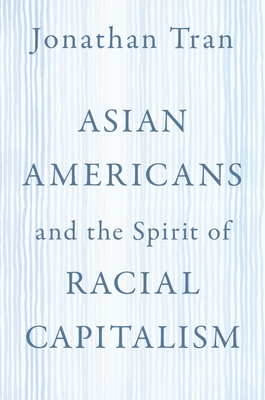 Asian Americans and the Spirit of Racial Capitalism (Paperback)


Not On Our Shelves—Ships in 1-5 Days
Any serious consideration of Asian American life forces us to reframe the way we talk about racism and antiracism. There are two contemporary approaches to antiracist theory and practice. The first emphasizes racial identity to the exclusion of political economy, making racialized life in
America illegible. This approach's prevalence, in the academy and beyond, now rises to the level of established doctrine. The second approach views racial identity as the function of a particular political economy--what is called "racial capitalism>--and therefore analytically subordinates racial
identity to political economy. Jonathan Tran develops arguments in favor of this second approach. He does so by means of an extended analysis of two case studies: a Chinese migrant settlement in the Mississippi Delta (1868-1969) and the Redeemer Community Church in the Bayview/Hunters Point section of San Francisco
(1969-present). While his analysis is focused on particular groups and persons, he uses it to examine more broadly racial capitalism's processes and commitments at the sites of their structural and systemic unfolding. In pursuing a research agenda that pushes beyond the narrow confines of racial
identity, Tran reaches back to trusted modes of analysis that have been obscured by the prevailing antiracist orthodoxy and proposes reframing antiracism in terms of a theologically salient account of political economy.

Jonathan Tran is Professor of Theology and Ethics at Baylor University where he holds the George W. Baines Chair of Religion.