The Universe Is on Our Side: Restoring Faith in American Public Life (Hardcover) 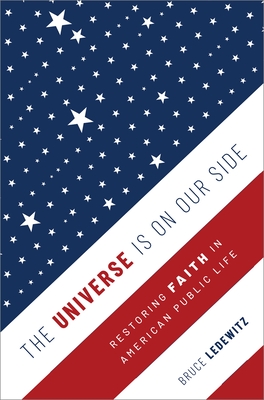 The Universe Is on Our Side: Restoring Faith in American Public Life (Hardcover)


Not On Our Shelves—Ships in 1-5 Days
In The Universe Is On Our Side, Bruce Ledewitz argues that there has been a breakdown in American public life that no election can fix - Americans struggle to even converse about politics and the usual explanations for our condition have failed to make things better. Ledewitz posits that
America is living with the consequences of the Death of God, which Friedrich Nietzsche presumed would be momentous and irreversible. For a long time, God acted as the story of the meaning of our lives. America's future requires that we begin a new story by each of us asking a question posed by theologian Bernard Lonergan: Is the universe on our side? When we commit to live honestly and fully by our answer to that question, even
if our immediate answer is no, America can begin to heal. Beyond this, pondering the question of the universe will allow us to see that there is more to the universe than blind forces and dead matter. Guided by the naturalism of Alfred North Whitehead's process philosophy, and the historical faith of Dr. Martin Luther King, Jr., Ledewitz argues we can work towards a trust that the universe bends toward justice and our welfare, which can complete our healing and restore faith in American public
life. The Universe Is On Our Side makes the case that we can live without God, but not without thinking about holiness in the universe.

Bruce Ledewitz is Professor of Law and Adrian Van Kaam C.S.Sp. Endowed Chair in Scholarly Excellence at Duquesne Law School, where he specializes in Law and Religion, Jurisprudence and Pennsylvania and federal Constitutional Law. Ledewitz is the author of numerous articles and shorter pieces, aswell as three books: American Religious Democracy, Hallowed Secularism, and Church, State, and the Crisis in American Secularism.