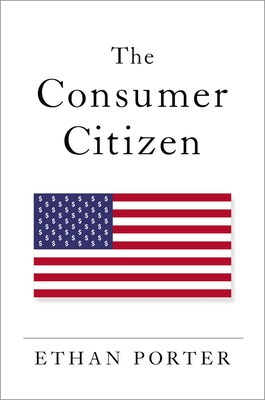 
Not On Our Shelves—Ships in 1-5 Days
Citizens are asked to buy, and asked to consider to buy, goods of all sizes and all prices, nearly all of the time. Appeals to political decision-making are less common. In The Consumer Citizen, Ethan Porter investigates how the techniques of everyday consumer experiences can shape political behavior. Drawing on more than a dozen original studies, he shows that the casual conflation of consumer and political decisions has profound implications for how Americans think about politics. Indeed, Porter explains that consumer habits can affect citizens' attitudes about their government, their taxes, their politicians, and even whether they purchase government-sponsored health insurance. The consumer citizen approaches government as if it were just an ordinary firm. Of course, government is not an ordinary firm---far from it---and the disjunction between what government is, and the consumer apparatus that citizens bring to bear on their evaluations of it, offers insight into several
long-unanswered questions in political behavior and public opinion. How do many Americans make sense of the political world? The Consumer Citizen offers a novel answer: By relying on the habits and tools that they learn as consumers.

Ethan Porter is Assistant Professor in the School of Media and Public Affairs at George Washington University, where he also holds a courtesy appointment in the Political Science Department. He received his PhD in Political Science from the University of Chicago. His research has appeared or is forthcoming in Proceedings of the National Academy of Sciences, Journal of Politics, British Journal of Political Science, Political Behavior, Political Communication, and other journals. He has also written for The New York Times, The Washington Post and other popular publications, and has received grant support from the National Science Foundation and the Omidyar Network.