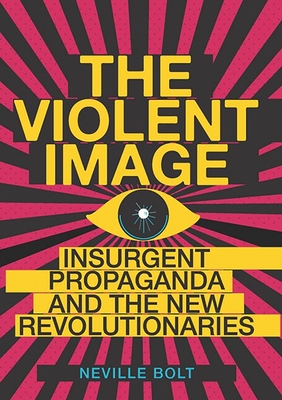 
Backordered
Fast-moving, self- propelled 'violent images' have radically changed the nature of insurgency in the modern world. The global media has revolutionised the way ideas, messages and images are disseminated, and the speed with which they travel. First satellite TV, then laptops and the Internet, and now mobile phones and social media have transformed the way we communicate, collapsing time and distance. Rebels who hope to overthrow states or to build transnational, ideological communities, have adopted these dynamic technologies. But they have also learned the key lesson: in a visual world, the power of the image has supplanted that of the written world. Neville Bolt investigates how today's revolutionaries have rejuvenated the nineteenth century 'propaganda of the deed' so that terrorism no longer simply goads states into overreacting, thereby losing legitimacy. The deed has become a tool to highlight the underlying grievances of communities. Pictures of 9/11, 7/1 and Abu Ghraib are today's weapon of choice. The Violent Image explores what happens in the 'moment of shock'; how emotive pictures attach to messages, causing populations to rise up in anger. From the Fenians to the Taliban to the Arab Spring we learn how insurgents have adapted the way they use violence to tell stories and effect social change. In the 'war of ideas', the new revolutionaries aim to set in motion surges of support that spread virally through global networks at such speed that states can no longer defend their own strategic narratives. Have we now reached the point where insurgents and populations are driving images and ideas so fast, that a new era of revolutionary politics is already upon us?

Neville Bolt, PhD, holds degrees from the University of Oxford and King's College, London. He has worked as a producer-director with the BBC, ITV, Channel 4 and CBC Canada, specialising in making investigative documentaries in conflict zones ranging from Central America to Africa, the Middle East, and the Indian subcontinent. He has also worked in political communications, creating strategic TV campaigns for the UK's Labour Party, Amnesty International, the Anti-Apartheid Movement and African National Congress (ANC). He is a Teaching Fellow and Research Associate in the Department of War Studies at King's College, University of London.