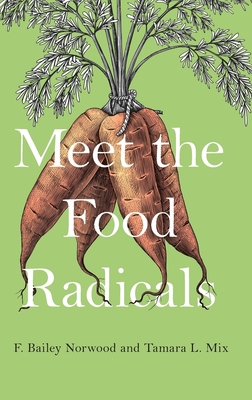 
Not On Our Shelves—Ships in 1-5 Days
The food system has changed considerably in the last century. Horsepower was replaced by machine, better crop breeding programs helped usher in the Green Revolution, and problems of malnutrition began to run parallel with those of obesity. Despite changes, many of the problems we face remain the same. Farms continue to lose soil, and low income households still have difficulty acquiring healthy food. Add to these challenges a host of new ones. Globalization has caused some agricultural communities to feel threatened. Everyone recognizes problems of malnutrition, obesity and food sustainability, but many disagree on solutions. One thing is certain: confronting both familiar and new challenges will lead to radical changes in the food system. Though the exact form of radical change is unknown, this book looks to a host of candidates by interviewing the people who champion them. We are winning the battle against soil erosion through new no-till farming methods. Progress is being made in food sustainability by a spectrum of new innovations, but also a return to traditional farming techniques. New innovations include robots on the farm, advances in molecular biology, and alternative protein sources. As we embrace the farming strategies of our ancestors, we see farms returning to polycultures, local food systems, and food sovereignty. This book gains insight from interviews with twenty-seven individuals who are either creating or proposing radical changes in how food is produced and distributed. An eclectic group ranging from farmers to activists to spiritual gurus, they are the most interesting people you have never met. By getting to know each radical personally we can better access their voices and visions to understand both the problems and likely solutions to today's most pressing food problems.

F. Bailey Norwood is Barry Pollard, MD / P&K Equipment, Inc. Professor of Agricultural Economics at Oklahoma State University. He conducts research on consumer food preferences and writes books to help the public understand agricultural issues. Tama L. Mix is Laurence L. and Georgia Ina Dresser Professor in Rural Sociology at Oklahoma State University. She is a community engaged scholar and has worked on projects involving a diverse range of stakeholders to understand issues of environmental contamination, water access and quality, food inequality and justice, and the community dimensions of resource extraction and production.