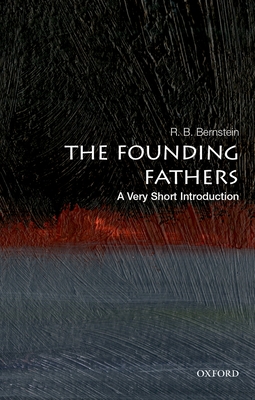 By R. B. Bernstein


In Stock—Click for Locations
The Founding Fathers is a concise, accessible overview of the brilliant, flawed, and quarrelsome group of lawyers, politicians, merchants, military men, and clergy known as the Founding Fathers--who got as close to the ideal of the Platonic philosopher-kings as American or world history
has ever seen. R. B. Bernstein reveals Washington, Franklin, Jefferson, Adams, Hamilton, and the other founders not as shining demigods but as imperfect human beings--people much like us--who nevertheless achieved political greatness. They emerge here as men who sought to transcend their intellectual world even as
they were bound by its limits, men who strove to lead the new nation even as they had to defer to the great body of the people and learn with them the possibilities and limitations of politics. Bernstein deftly traces the dynamic forces that molded these men and their contemporaries as British
colonists in North America and as intellectual citizens of the Atlantic civilization's Age of Enlightenment. He analyzes the American Revolution, the framing and adoption of state and federal constitutions, and the key concepts and problems that both shaped and circumscribed the founders'
achievements as the United States sought its place in the world. Finally, he charts the shifting reputations of the founders and examines the specific ways that interpreters of the Constitution have used the Founding Fathers. A masterly blend of old and new scholarship, brimming with apt description and insightful analysis, this book offers a digestible account of how the Founding Fathers were formed, what they did, and how generations of Americans have viewed them. ABOUT THE SERIES:
The Very Short Introductions series from Oxford University Press contains hundreds of titles in almost every subject area. These pocket-sized books are the perfect way to get ahead in a new subject quickly. Our expert authors combine facts, analysis, perspective, new ideas, and enthusiasm to make
interesting and challenging topics highly readable.