Freedom Inside?: Yoga and Meditation in the Carceral State (Paperback) 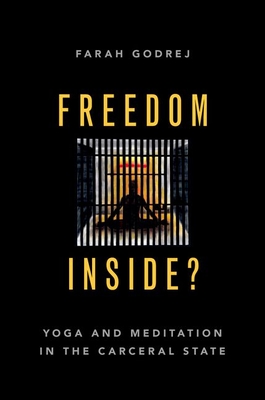 Freedom Inside?: Yoga and Meditation in the Carceral State (Paperback)


Not On Our Shelves—Ships in 1-5 Days
(This book cannot be returned.)
Farah Godrej is Associate Professor of Political Science at the University of California, Riverside. Her areas of research and teaching include Indian political thought, Gandhi's political thought, cosmopolitanism, globalization and comparative political theory. She also studies contemporary issuessuch as environmental justice, food politics, and mass incarceration. She is the author of Cosmopolitan Political Thought: Method, Practice, Discipline, and her research has appeared in many journals, including Political Theory, Political Research Quarterly, Theory & Event, The Review of Politics, and Polity.