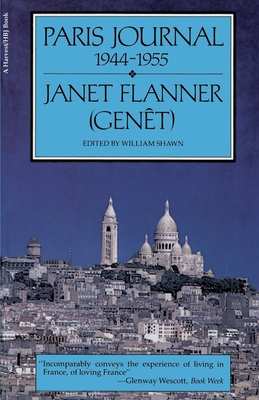 
On Our Shelves Now at:
Here is a continuation of selections from Flanner's celebrated "Letter from Paris," a series that appeared in the New Yorker from 1925 to 1975 over the signature " Genêt." With clarity and authority, Flanner writes about the arts, the politics, and the economy of postwar Paris. This is the era in which Roosevelt and Matisse die, Françoise Sagan bursts on the literary scene, and Josephine Baker stages a comeback. Index.