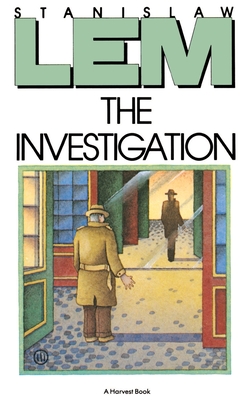 
Not On Our Shelves—Ships in 1-5 Days
A young officer at Scotland Yard is assigned to investigate a puzzling and eerie case of missing-and apparently resurrected-bodies. To unravel the mystery, Lt. Gregory consults scientific, philosophical, and theological experts, who supply him with a host of theories and clues.

Stanislaw Lem (1921-2006) was the most widely translated and best known science fiction author writing outside of the English language. Winner of the Kafka Prize, he was a contributor to many magazines, including the New Yorker, and the author of numerous works, including Solaris.