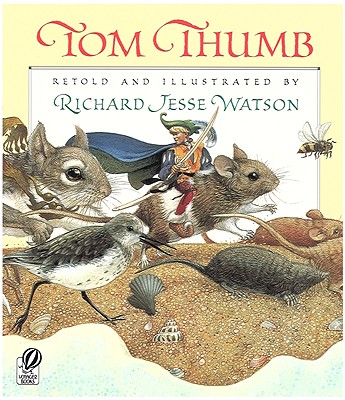 
Special Order—Subject to Availability
When Charles S. Stratton was born in 1838, he was a large baby, perfect in every way. But then he stopped growing. At age four, though a happy and mischievous child, he was just over two feet tall and weighed only fifteen pounds—the exact same size he had been as a seven-month-old baby. It was then that the notorious showman P.T. Barnum dubbed him Tom Thumb and put him on display, touring him around the world as a curiosity.
A natural performer, Charley became enormously popular and wealthy, more so than any other performer before him. In this spirited biography—the first on its subject—George Sullivan recounts the fascinating adventures of Tom Thumb, and raises challenging questions about what constitutes exploitation—both in the 19th century and today.

George Sullivan is a best-selling nonfiction author with more than 100 books to his credit, including highly accoladed Berenice Abbott, Photographer. He lives in New York City.

"Well organized and clearly written, this solid biography offers a vivid portrayal of Stratton and makes a strong case for Tom Thumb as America’s first celebrity."—Booklist, starred review
"Tom's personal and professional relationships with Barnum make this biography a superb complement to Candace Fleming's The Great and Only Barnum (2009)."—Kirkus

"While Sullivan touches on the subject of exploitation and the limited understanding of dwarfism in Stratton's era, his subject emerges not as a victim but as an individual whose talents earned him the public's admiration and a place in history."— Publishers Weekly

"Sullivan does a commendable job of placing his biographical subject in the context of his times (nearly the whole of the nineteenth century), bringing both to life in an engaging text complemented with black-and-white photographs."—The Horn Book —