A Treatise of Human Nature: Being an Attempt to Introduce the Experimental Method of Reasoning into Mor (Abridged / Paperback) 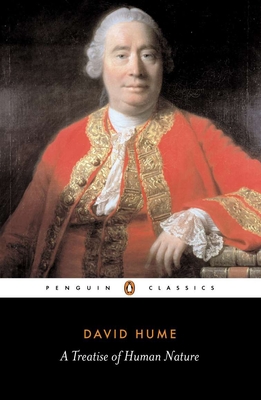 A Treatise of Human Nature: Being an Attempt to Introduce the Experimental Method of Reasoning into Mor (Abridged / Paperback)


Special Order—Subject to Availability
One of the most significant works of Western philosophy, Hume's Treatise was published in 1739-40, before he was thirty years old. A pinnacle of English empiricism, it is a comprehensive attempt to apply scientific methods of observation to a study of human nature, and a vigorous attack upon the principles of traditional metaphysical thought. With masterly eloquence, Hume denies the immortality of the soul and the reality of space; considers the manner in which we form concepts of identity, cause and effect; and speculates upon the nature of freedom, virtue and emotion. Opposed both to metaphysics and to rationalism, Hume's philosophy of informed scepticism sees man not as a religious creation, nor as a machine, but as a creature dominated by sentiment, passion and appetite.

For more than seventy years, Penguin has been the leading publisher of classic literature in the English-speaking world. With more than 1,700 titles, Penguin Classics represents a global bookshelf of the best works throughout history and across genres and disciplines. Readers trust the series to provide authoritative texts enhanced by introductions and notes by distinguished scholars and contemporary authors, as well as up-to-date translations by award-winning translators.
David Hume (1711-76) devoted himself from early youth to 'philosophy and great learning'. A Treatise of Human Nature (1739-40) was not well received on publication, but is now viewed as his masterpiece.