Daughter of the Queen of Sheba: A Memoir (Paperback) 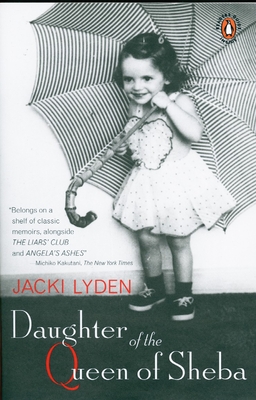 Daughter of the Queen of Sheba: A Memoir (Paperback)


In Stock—Click for Locations
As an adult, National Public Radio foreign correspondent Jacki Lyden has spent her life on the front lines of some of the world's most dangerous war zones. As a child, she lived in a war zone of a different kind. Her mother, Dolores, suffered from what is now called manic depression; but when Jacki was growing up in a small Midwestern town, Dolores was simply called crazy. In her manic phases, Dolores became Marie Antoinette or the Queen of Sheba, exotically delusional and frightening, yet to young Jacki also transcendent, even inspiring. In time, Jacki grew to accept, even relish, Dolores's bizarre episodes, marveling at her mother's creative energy and using it to fuel her own. Heartbreaking, hilarious, and lyrical, this memoir of a mother-daughter relationship is a testimony to obstinate devotion in the face of bewildering illness.
Jacki Lyden is a regular substitute host on NPR?s Weekend Edition and Weekend All Things Considered. She was part of the award-winning NPR team that covered the Persian Gulf War. She lives in Washington, D.C.