The Te of Piglet (Paperback) 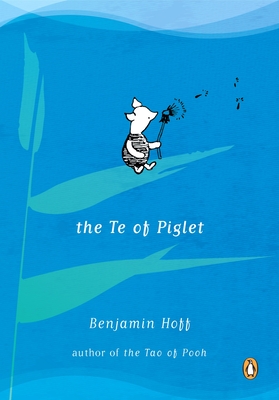 The Te of Piglet (Paperback)


Special Order—Subject to Availability
The Te of Piglet . . . in which a good deal of Taoist wisdom is revealed through the character and actions of A. A. Milne's Piglet from the bestselling author of The Tao of Pooh

Piglet? Yes, Piglet. For the better than impulsive Tigger? or the gloomy Eeyore? or the intellectual Owl? or even the lovable Pooh? Piglet herein demonstrates a very important principle of Taoism: The Te--a Chinese word meaning Virtue--of the Small.
Benjamin Hoff grew up in a rural area a few miles from Portland, Oregon. As a child, he preferred to spend his time outdoors, observing animals, insects, and plants. And from an early age he loved to write. He is also the author of the New York Times bestseller The Tao of Pooh and The Diary of Opal Whiteley.
"[Hoff's} Taoist manifesto distills ageless personal and political wisdom, relaying an ecological message we ignore at our peril." -- Publishers Weekly

"In the original, as you may recall, Hoff had an Idea: that Winnie-the-Pooh could be used to explain Taoism, the ancient Chinese way of balance. Now, as luck would have it, Pooh's buddy Piglet turns out to be the perfect embodiment of Te, the Taoist term for virtue, which is attained through sensitivity, modesty, and smallness." -- Kirkus Reviews