The Puzzle Palace: Inside America's Most Secret Intelligence Organization (Paperback) 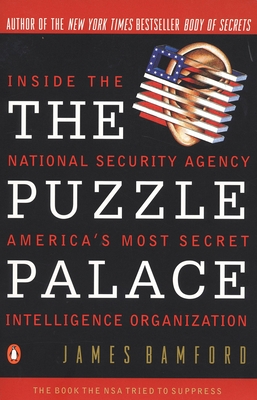 The Puzzle Palace: Inside America's Most Secret Intelligence Organization (Paperback)


Special Order—Subject to Availability
In this remarkable tour de force of investigative reporting, James Bamford exposes the inner workings of America's largest, most secretive, and arguably most intrusive intelligence agency. The NSA has long eluded public scrutiny, but The Puzzle Palace penetrates its vast network of power and unmasks the people who control it, often with shocking disregard for the law. With detailed information on the NSA's secret role in the Korean Airlines disaster, Iran-Contra, the first Gulf War, and other major world events of the 80s and 90s, this is a brilliant account of the use and abuse of technological espionage.
James Bamford's The Puzzle Palace was a national bestseller when it was first published and now regarded as a classic. He was until recently Washington Investigative Producer for ABC's World News Tonight with Peter Jennings and has written investigative cover stories for the New York Times Magazine, the Washington Post Magazine, and the Los Angeles Times Magazine.
"There have been glimpses inside the NSA before, but until now no one has published a comprehensive and detailed report on the agency. . . Mr. Bamford has emerged with everything except the combination to the director's safe." —The New York Times Book Review