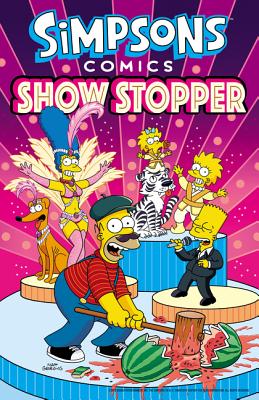 The curtain rises on a “classic” tale of survival as the Simpson family is stranded on a deserted island. Then, with the Nuclear Power Plant set to self-destruct, only one man can save everyone in Springfield and he’s got just 25 hours to set things right. It’s about to be the longest day of Homer Simpson’s life! And when Mr. Burns goes to a spa to be rejuvenated, he comes back a new man—literally! Who is this pretender, and why is he selling off all of Mr. Burns belongings? And where is the “real” Mr. Burns? Is he alive and well, or did he “exit stage left”?

Matt Groening, the creator and executive producer of the Emmy® Award-winning series The Simpsons, as well as creator of the cartoon strip "Life in Hell" and the animated FOX television series Futurama, is the man responsible for bringing animation back to primetime and creating an immortal nuclear family. In addition, Groening formed Bongo Comics Group in 1993 and currently serves as publisher of The Simpsons Library of Wisdom, Simpsons Episode Guides, Simpsons Comics, Bart Simpson Comics, Radioactive Man Comics, Simpsons Comics Treasure Trove, the annual Bart Simpson's Treehouse of Horror, Futurama Comics and more than 36 comic compilations, as well as many instant classics including Bart Simpsons Guide to Life, The Simpsons Handbook and The Simpsons Uncensored Family Album.