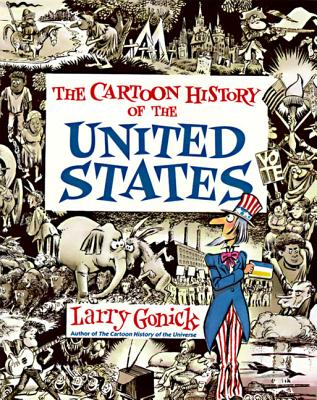 What? You don't know what a Burgess is? -- You can't outline the Monroe Doctrine? -- Recall the 14th Amendment? -- Explain the difference between a sputnik and a beatnik?

Then you need The Cartoon History of the United States to fill those gaps. From the first English colonies to the Gulf War and the S&L debacle, Larry Gonick spells it all out from his unique cartoon perspective.

Larry Gonick has been creating comics that explain math, history, science, and other big subjects for more than forty years. He has been a calculus instructor at Harvard (where he earned his BA and MA in mathematics) and a Knight Science Journalism Fellow at MIT, and he is currently staff cartoonist for Muse magazine. He lives in San Francisco, California.