The Girl Who Fell to Earth: A Memoir (Paperback) 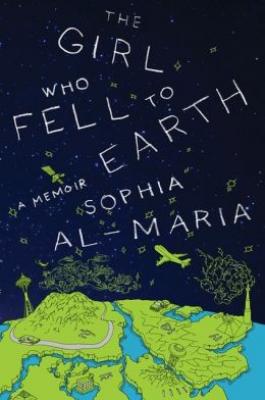 The Girl Who Fell to Earth: A Memoir (Paperback)

When Sophia Al-Maria's mother sends her away from rainy Washington State to stay with her husband's desert-dwelling Bedouin family in Qatar, she intends it to be a sort of teenage cultural boot camp. What her mother doesn't know is that there are some things about growing up that are universal. In Qatar, Sophia is faced with a new world she'd only imagined as a child. She sets out to find her freedom, even in the most unlikely of places.

The Girl Who Fell to Earth takes readers from the green valleys of the Pacific Northwest to the dunes of the Arabian Gulf and on to the sprawling chaos of Cairo. Struggling to adapt to her nomadic lifestyle, Sophia is haunted by the feeling that she is perpetually in exile: hovering somewhere between two families, two cultures, and two worlds. She must make a place for herself—a complex journey that includes finding young love in the Arabian Gulf, rebellion in Cairo, and, finally, self-discovery in the mountains of Sinai.

The Girl Who Fell to Earth heralds the arrival of an electric new talent and takes us on the most personal of quests: the voyage home.

Sophia Al-Maria is an artist, writer, and filmmaker. She studied comparative literature at the American University in Cairo, and aural and visual cultures at Goldsmiths, University of London. Her work has been exhibited at the Gwangju Biennale, the New Museum in New York, and the Architectural Association in London. Her writing has appeared in Harper's, Five Dials, Triple Canopy, and Bidoun.