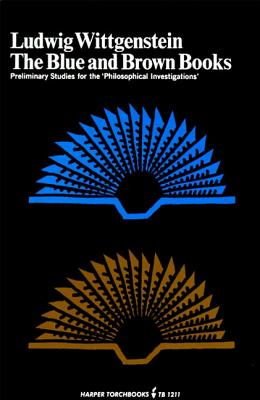 These works, as the sub-title makes clear, are unfinished sketches for Philosophical Investigations, possibly the most important and influential philosophical work of modern times. The 'Blue Book' is a set of notes dictated to Witgenstein's Cambridge students in 1933-1934: the 'Brown Book' was a draft for what eventually became the growth of the first part of Philosophical Investigations. This book reveals the germination and growth of the ideas which found their final expression in Witgenstein's later work. It is indispensable therefore to students of Witgenstein's thought and to all those who wish to study at first-hand the mental processes of a thinker who fundamentally changed the course of modern philosophy.

Ludwig Wittgenstein (1889-1951) was born in Austria and studied at Cambridge under Bertrand Russell. He volunteered to serve in the Austrian army at the outbreak of World War I, and in 1918 was captured and sent to a prison camp in Italy, where he finished his masterpiece, Tractatus Logico-Philosophicus, one of the most important philosophical works of all time. After the war Wittgenstein eventually returned to Cambridge to teach.