A Fish Caught in Time: The Search for the Coelacanth (Paperback) 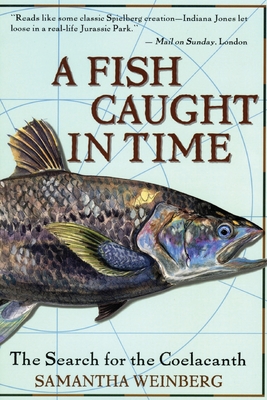 A Fish Caught in Time: The Search for the Coelacanth (Paperback)

The coelacanth (see-lo-canth) is no ordinary fish. Five feet long, with luminescent eyes and limb like fins, this bizarre creature, presumed to be extinct, was discovered in 1938 by an amateur icthyologist who recognized it from fossils dating back 400 million years. The discovery was immediately dubbed the "greatest scientific find of the century," but the excitement that ensued was even more incredible. This is the entrancing story of that most rare and precious fish -- our own great-uncle forty million times removed.

Samantha Weinberg is a British writer and traveler. She has reported from the four corners of the world for American, African, and European newspapers and magazines. She divides her time between her suitcase and a thatched cottage in Wiltshire, England.