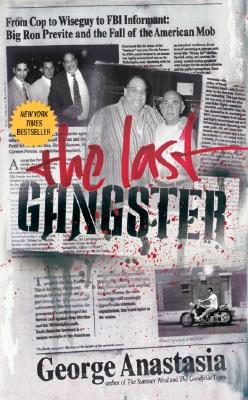 "It's over. You'd have to be Ray Charles not to see it." —former New Jersey capo Ron Previte, on the mob today As a cop, Ron Previte was corrupt. As a mobster he was brutal. And in his final role, as a confidential informant to the FBI, Previte was deadly. The Last Gangster is his story—the story of the last days of the Philadelphia Mob, and of the clash of generations that brought it down once and for all. For 35 years Ron Previte roamed the underworld. A six–foot, 300–pound capo in the Philadelphia–South Jersey crime family, he ran every mob scam and gambit from drug trafficking and prostitution to the extortion of millions from Atlantic City. In his own words, "Every day was a different felony." By the 1990s, Previte, an old–school workhorse, found himself answering to younger mob bosses like "Skinny Joe" Merlino, who seemed increasingly spoiled, cocky, and careless. Convinced that the honor of the "business" was gone, he became the FBI's secret weapon in an intense and highly personalized war on the Philadelphia mob. Operating with the same guile, wit, and stone–cold bravado that had made him a force in the underworld—and armed with only a wiretap secured to his crotch—Previte recorded it all; the murder, the mayhem, and even the story of mob boss Ralph Natale's affair with his youngest daughter's best friend. Previte and his FBI cronies eventually prevailed, securing the convictions of his nemeses, "Skinny Joey" Merlino and Ralph Natale.

George Anastasia, who spent more than thirty years reporting on crime for the Philadelphia Inquirer, is the grandson of Sicilian immigrants who settled in South Philadelphia. He is the author of six books of nonfiction, including Blood and Honor: Inside the Scarfo Mob—the Mafia’s Most Violent Family (which Jimmy Breslin called the “best gangster book ever written”); The Last Gangster; and The Summer Wind: Thomas Capano and the Murder of Anne Marie Fahey. He lives in southern New Jersey.