To the Heart of the Nile: Lady Florence Baker and the Exploration of Central Africa (Paperback) 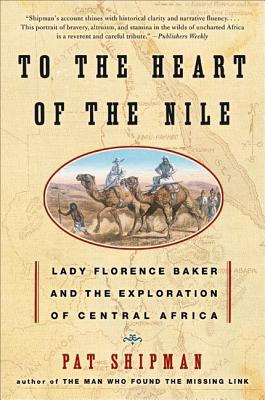 To the Heart of the Nile: Lady Florence Baker and the Exploration of Central Africa (Paperback)

In 1859, at age fourteen, Florence Szász stood before a room full of men and waited to be auctioned to the highest bidder. But slavery and submission were not to be her destiny: Sam Baker, a wealthy English gentleman and eminent adventurer, was moved by compassion and an immediate, overpowering empathy for the young woman, and braved extraordinary perils to help her escape. Together, Florence and Sam -- whose love would remain passionate and constant throughout their lives -- forged into literally uncharted territory in a glorious attempt to unravel a mysterious and magnificent enigma called Africa.

A stunning achievement, To the Heart of the Nile is an unforgettable portrait of an unforgettable woman: a story of discovery, bravery, determination, and love, meticulously reconstructed through journals, documents, and private papers, and told in the inimitable narrative style that has already won Pat Shipman resounding international acclaim.

Pat Shipman is the author of eight previous books, including The Man Who Found the Missing Link and Taking Wing, which won the Phi Beta Kappa Prize for science and was a finalist for the Los Angeles Times Book Award and named a New York Times Notable Book for 1998. Her numerous awards and honors include the 1996 Rhone-Poulenc Prize for The Wisdom of the Bones (written with Alan Walker). Her most recent book is To the Heart of the Nile: Lady Florence Baker and the Exploration of Central Africa. She is currently an adjunct professor of anthropology at Pennsylvania State University and lives in State College, Pennsylvania.

“I found myself caught up in the narrative . . . convincing.” — Grand Rapids Press