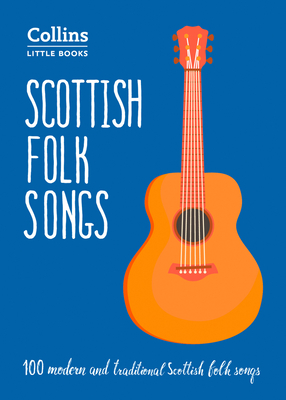 
Special Order—Subject to Availability
Originally published as The Scottish Folksinger in 1973 this book is a perfect introduction to the world of Scottish folk songs written by Norman Buchan and Peter Hall and supported by the Traditional Music & Song Association of Scotland (TMSA).

The most popular traditional songs are featured with several lesser known songs. Each song is presented with its melodic line and guitar chords and includes favourites such as Skyscraper Wean, Skinny Malinky Lang Legs, Wha'll be King but Charlie?, Jock Tamson's Tripe, Barbara Allan and Lamkin.

This little book is a celebration of Scottish traditional folk song at its best.

Includes a short history of Scottish folk singing, background notes and a glossary.
The Royal Scottish Country Dance Society (Charity No. SC 016085; Company No. SC480530), is dedicated to promoting Scottish Country Dance. The Society exists to promote and develop Scottish country dancing worldwide for the benefit of present and future generations. It has a world-wide network of Branches and Affiliated Groups, with a small administrative team at its central office in Edinburgh.