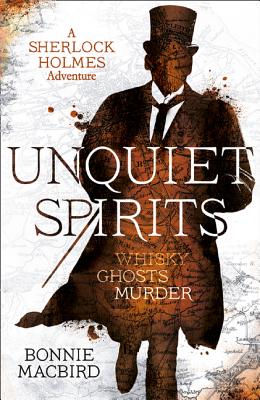 This is book number 2 in the Sherlock Holmes Adventure series.

The new novel from the author of Art in the Blood. December 1889. Fresh from debunking a "ghostly" hound in Dartmoor, Sherlock Holmes has returned to London, only to find himself the target of a deadly vendetta.

A beautiful client arrives with a tale of ghosts, kidnapping and dynamite on a whisky estate in Scotland, but brother Mycroft trumps all with an urgent assignment in the South of France.

On the fabled Riviera, Holmes and Watson encounter treachery, explosions, rival French Detective Jean Vidocq... and a terrible discovery. This propels the duo northward to the snowy highlands. There, in a "haunted" castle and among the copper dinosaurs of a great whisky distillery, they and their young client face mortal danger, and Holmes realizes all three cases have blended into a single, deadly conundrum.

In order to solve the mystery, the ultimate rational thinker must confront a ghost from his own past. But Sherlock Holmes does not believe in ghosts...or does he?