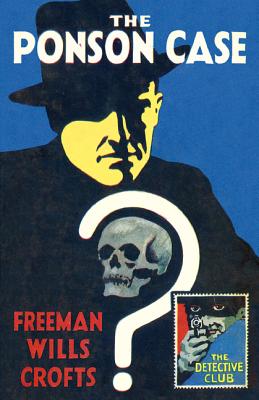 From the Collins Crime Club archive, the forgotten second novel by Freeman Wills Crofts, once dubbed 'The King of Detective Story Writers'.

When the body of Sir William Ponson is found in the Cranshaw River near his home of Luce Manor, it is assumed to be an accident - until the evidence points to murder. Inspector Tanner of Scotland Yard discovers that those who would benefit most from Sir William's death seem to have unbreakable alibis, and a mysterious fifth man whose footprints were found at the crime scene is nowhere to be found . . .

Once dubbed 'The King of Detective Story Writers', Freeman Wills Crofts was an Irish railway engineer whose brilliant first mystery novel, The Cask, was motivated by an extended illness in 1919. Outselling Agatha Christie, and renowned for his ingenious plotting and meticulous attention to detail, Crofts followed up with The Ponson Case (1921) and no less than thirty books featuring the iconic Scotland Yard detective, Inspector French.